May 09, 2019
In this tutorial, I will explain how to upscale videos from a low resolution to a higher resolution such as 1080p or 4K using neural networks.

This is an improved and streamlined version of the tutorial I posted previously. Instead of using multiple programs to do all of the steps, this tutorial makes do with only two programs: AI Gigapixel by Topaz Labs and FFmpeg.

This tutorial is written for Windows users. Both programs will work for Mac though. 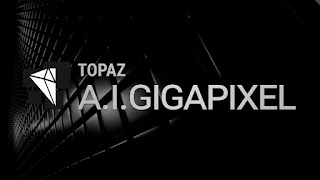 This program by Topaz Labs is a paid program, but it is one of the best methods for upscaling photos and video. It uses a neural network which analyzes thousands of photos to learn how details generally get lost when downscaling. The algorithm "learns" how to fill in the details in new images based on what is learned from the photos it was trained on. This machine learning allows Gigapixel to add new detail to these images.

There is a free 30-day trial available for AI Gigapixel, so you can try it out for yourself. After the trial has ended it normally costs $99.99 for a lifetime license. As an official affiliate, I can give you a 15% discount. This means it's only $84.99. To get the discount, enter the coupon code captrobau15 during checkout.

You can download the free trial or purchase AI Gigapixel here. 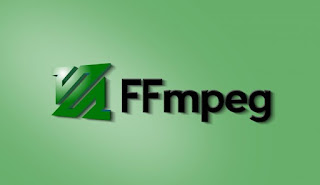 While Gigapixel helps you upscale your video, you will need FFmpeg to extract the frames and audio from the original and put the upscaled video back together. This is a command-line program, but I will guide you through all the commands below.

Extract the zip file. You will use the ffmpeg.exe later.

To make the upscaling process more efficient, I suggest you make an orderly workspace somewhere on your computer. I'm going to make a folder on my desktop called 'upscale-projects'. Make another folder in 'upscale-projects' for your first project. In my example, I will call it 'example', and I will be upscaling an episode of Star Trek: Deep Space Nine.

Within your project folder, make three folders:
In the next couple of steps, we will fill those folders with audio, images, and videos.

Keep in mind that extracting an entire episode or movie requires quite a bit of free space on your hard drive. One 45 minute episode needs 29 GB for the original frames. If you upscale to 1080p that will add another 72 GB. If you upscale to 4K you will need around 180 GB for an episode's worth of frames. And finally, you will need about 1 GB or more for the exported episode. So make sure you have enough room on your PC.

Step 3. Export The Frames Of The Source Video

You will use FFmpeg to extract the individual frames of the source video. This is the tutorial I used,  which tells you about more options.


How to export the source video:

What does this all mean?

When you press enter on the filled in command, FFmpeg will get to work. This will take a while, depending on the length of the video and the original resolution.

You will use AI Gigapixel to upscale the frames from the SD original. There's a lot of things you can with Gigapixel, but in this tutorial, I will focus on the settings that are most suitable for most SD footage.

Once you've installed the program, open it up. Drag one of the exported frames to the middle of the program's window. You will then be shown something that looks like the screenshot below.


Below I will explain what all the settings mean:
In the preview window, you can see the result of the upcoming upscale. Change the settings until you are happy with the results.

Once you have a working set of settings, you can start upscaling footage. Select a few hundred frames when first getting your footing with this whole workflow and drag and drop them in the window. Upscaling an entire episode can take a long time, so start small.

How many frames you can upscale in one go depends on your PC's specs. It can be 1000s, 10000s, etc. You'll just have to find out for yourself. How fast the entire upscaling process also depends on your PC. It could take a day/multiple days to convert an entire episode/movie depending on the length and the upscaled resolution (4K takes a lot longer than 1080p).

Step 4. Exporting The Audio Of The Video

While the frames are being upscaled in the background, you can go ahead and do other things. For example, ripping the audio from the original video file using FFmpeg. This is the tutorial I used for this part.

What does this mean?
When you press enter on the filled in command, FFmpeg will get to work. It should take at most a few minutes.

Step 5. Combining The Frames And Audio Into A Video

Once AI Gigapixel is done upscaling the frames, you can combine these frames with the audio into a video. I used this tutorial for this section.

What do these commands mean?


Press enter to start generating the video file. This can take several minutes to complete, depending on the length of the video and the video quality (crf) chosen.

Once it's done, your upscaled video is ready to be watched, shared and enjoyed!

Did this tutorial interest you in Topaz's AI Gigapixel? There is a free 30-day trial available for AI Gigapixel, so try it out for yourself.

Normally costs $99.99 to purchase for a lifetime license. As an official affiliate, I can give you a 15% discount.

This means it's only $84.99. To get the discount, enter the coupon code captrobau15 during checkout.

You can download the free trial or purchase AI Gigapixel here.

Pyrometheous said…
I'm using MKVToolNix to take the audio track from the original file and put it into the upconverted file, however, the audio is out of sync in the new HD file. Any advice for correcting that?
May 18, 2019 at 10:26 PM

Random_Guy_07 said…
Thanks for the tutorial. I'm curious to know what's the specs of the computer you are using for Gigapixel. I know it's a gpu heavy application, but I have a gtx 1070 and the process is taking forever. 1.5 hours for a quarter of a 2min video lol. Guess I'm in needs of an upgrade if I decide to get serious into this.
June 12, 2019 at 8:35 AM

Unknown said…
I had the same problem before I changed the video name to a single word without any accents (from sequência to sequencia (portuguese)) so maybe it's the same for you
June 16, 2019 at 7:16 AM

Unknown said…
In this case I've noticed it's pretty GPU CLOCK intensive, as the gigapixel is taking the whole GPU clock available on my 1070ti but only about 2ish GB from its memory

In this case nvidia tends to fare better as it customarily has better clock speeds, so I'd look for an upgrade that took that into account.

My task manager also curiously (at least for me and I'm not specially tech savvy) accounts the work gigapixel is doing as "3D" so maybe the research into which would be the best GPU to upgrade to could take info from reccomendations for GPUs that render 3D well
June 16, 2019 at 7:24 AM

bbmaster123 said…
I did this a few months back for a 20 min episode in SD. I used different tools to extract the frames and recompile them back to video, but same process (I used virtualdub2). extract frames, upscale, recompile.

There were over 30,000 frames, and on my 2080ti it took nearly 40 hours. On import, any batch larger than a few thousand frames took a long time to load in to ai gigapixel, but eventually loads all the frames.

I tryed Megapixel AI on an Anime scene and it seems not that good with drawed content.
Much Artefact in the middle of the scene.
With wifu2x i got an better result.

CaptRobau said…
If you go to https://topazlabs.com/gigapixel-ai/ and click on Download Trial it should give you the right program.
July 13, 2019 at 10:13 AM

CaptRobau said…
It has had a slight graphical overhaul since I made this tutorial so that might be confusing.
July 13, 2019 at 10:14 AM

BenRad1920 said…
Would anybody be interested in sharing specific setting or in this case number values used to upscale footage, specifically with the Topaz AI Software? I do own the entire software package but just can't get the results CaptRobau gets out of his material ... Any help would be greatly appreciated ...
August 23, 2019 at 11:40 PM

CaptRobau said…
For DS9 Enhanced and my Remako Mod, I used an older version of Gigapixel (3.0.4). The various settings changed a lot over that time, so it can't be easily translated to the settings of new versions.
August 26, 2019 at 6:49 PM

FrankEBailey said…
I'd like to mention there's a couple of new options available for upscaling videos now, that automate and speed up a lot of this process: Video2X https://github.com/k4yt3x/video2x and Dandere2x https://github.com/aka-katto/dandere2x

The quality might not be quite as good as Topaz AI Gigapixel but it's totally free and automates the entire process (as long as you're comfortable using the command line on Windows).
September 8, 2019 at 2:18 PM

CaptRobau said…
That looks pretty good for anime upscales, seeing as it uses Waifu2x. I'll look into it.
September 8, 2019 at 2:33 PM

IT said…
I like your post very much. It is very much useful for my research. I hope you to share more info about this. Keep posting artificial intelligence online course

bbmaster123 said…
Gigapixel gives some pretty impressive results, but now topaz has video ai. I wasn't sure if I could post about it before, but it should be okay by now. I have tried out the service on a handful of various clips, and it's also impressive, rendering out video relatively quickly using ultra high performance cloud computers. I'd Love to see what others think of its results
October 2, 2019 at 6:12 PM

bbmaster123 said…
Upscale only took a couple minutes. Their website is still a little buggy. I had a clip not sent back to me at one point just resubmit it
October 5, 2019 at 2:13 AM

Stupid Level said…
Everytime i type in the command "ffmpeg -i example.mkv example%04d.png -hide_banner"
i just get an error message saying ffmpeg is not a recognised internal or external command
December 21, 2019 at 3:14 PM

CaptRobau said…
@Stupid Level That means that you don't have ffmpeg.exe in that folder. Move the ffmpeg.exe to the folder you are upscaling in.
December 22, 2019 at 12:11 AM

Artz said…
Thanks for sharing information. Here is some right information about getting ready for music(audio and video). click Here
March 4, 2020 at 10:54 AM

Unknown said…
Hi, it's possibble for you to make upscaled movie which I will ask you?
thanks in advance for any answer. If yes give me some contact to you as email.
March 4, 2020 at 6:09 PM

Unknown said…
My source video from DVD is 720x576 (with bars top and bottom) but the playback aspect ratio is 16.9 meaning all the frames generated byffmpeg are squashed vertically.
April 17, 2020 at 6:55 PM

Jeremy Aronson said…
It was a very good article. Health to your hands Topaz Video Enhance AI 1.2.2 With Crack

Unknown said…
thanks for your post i have found the information that i want on your blog its such a nice theme .
thanks for your infomative post .
Free Download Oceanofgames for Windows & Mac software PC Games

fullprokey said…
thanks for your post i have found the information that i want on your blog its such a nice theme .
thanks for your infomative post .
Free Full Pro Keys for Windows & Mac software